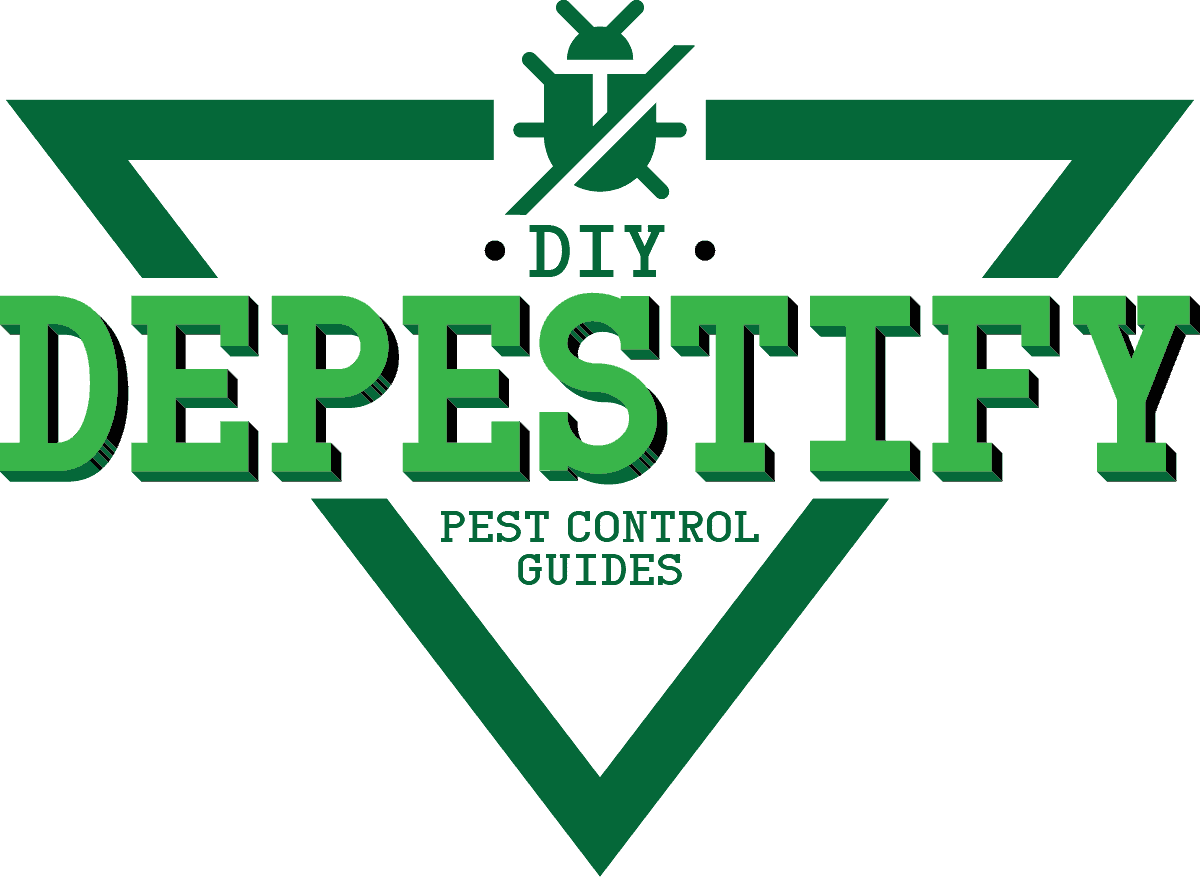 How to Get Rid of Mosquitoes in the House & Yard

Mosquitoes, they are some of the worst party crashers that can ruin your barbecue or pool party in no time flat. They are some of the most prevalent household pests and can turn your summer fun and outdoor activities into itchy, annoying torture. What’s more, they can carry diseases, some that are quite serious and even deadly. So how do you control mosquitoes? How to get rid of mosquitoes in your yard or home effectively? Where do mosquitoes live and what attracts them to your yard? Do mosquito control services really work? You will find these answers and more in this helpful guide.

Most people don’t connect mosquitoes to any specific class of insects. In fact, the mosquito’s closest cousin is the midge fly. Mosquitoes are part of the superfamily Culicoidea which falls within the order Diptera [1]. Flies and gnats are insects of this order, meaning that mosquitoes are actually flies.

Mosquitoes are small insects with an appearance that most closely resembles a midge fly. In most species, the females are ectoparasites, meaning that they live outside of their host, like fleas or ticks. There are more than 3,000 known species of mosquitos although there are only three species that have been identified as vectors of human disease: Anopheles, Culex, and Aedes. There are only 150 species that are found in the United States.

All species of mosquitoes have one pair of wings that are scaled and a pair of small, dumbbell shaped organs behind the wings, called halteres. They are very small, typically less than 15 mm in length. They have a round head, three pair of long legs, and a slender body which gives them a delicate or fragile appearance. However, they are very resilient and hardy insects [2].

Both the female and male mosquitoes feed on plant juices, nectar, and honeydew as their sustenance for life. Female mosquitoes are the biters, seeking out blood meals from animals and humans. This blood meal is necessary in order for her to produce eggs [3]. So when a mosquito is biting you, it isn’t just being an annoyance, it is using your blood to create and nourish their young to bring even more mosquitoes into the world.

Adult mosquitoes are not very adept flyers and are rather slow when compared to other insects. They reach speeds of only around 1 to 1.5 miles an hour. Their wings beat very fast, though, around 300 to 600 times a second which accounts for the annoying buzzing sound for which they are so well known [4].

There are about 150 species of mosquitoes found in the United States. Not all carry disease, some species don’t bother humans, only biting birds, amphibians, or reptiles, and at least one species doesn’t even bite at all! Some species are only found in certain parts of the country while others are prevalent everywhere. The most common genera in the U.S. that are known vectors of disease are Aedes, Anopheles, and Culex. Each has distinct differences in egg, larval stage, and adult appearance [5].

All species of mosquitoes go through four stages during their lifecycle [6]. Each one is separate and distinct but knowing them and understanding them can help you considerably when you want to get rid of mosquitoes. The mosquito life cycle stages are:

While the adult mosquito is a flying (and biting – the females anyway) insect, the first three stages take place in water. The entire life cycle can take as few as 4 days or as long as 4 weeks, depending on conditions and environment.

The female mosquito bites a human, animal, bird, or reptile (some species have preferences) and obtains a blood meal. Once she has done this, she lays her eggs on the water or sometimes near it in soil or at the base of certain plants that might fill with water. The eggs hatch when they are exposed to water. The species of mosquito as well as access to food and water temperature all determine the length of time it takes for the eggs to hatch.

The larvae emerge from the hatched eggs. Also called “wrigglers,” mosquito larvae molt several times before reaching the next stage. In most species the larvae must come to the surface to breathe air; they cannot live underwater. They feed and live exclusively in the water as they grow and develop into the next stage of the life cycle.

The pupae grow from the larvae and are often referred to as “tumblers.” Like the larvae, they live exclusively in the water, but they do not feed. This stage can last anywhere from two days to a week.

The end of the pupal stage, and the beginning of the fourth stage of the life cycle begins with the emergence of the adult mosquito from the pupal case and onto the surface of the water. It then flies away, seeking a blood meal so it can begin its own life cycle [7].

Some adult mosquito species can live as long as 5 or months and an adult female can lay eggs as often as every 3 days. Most will stay near the area where they hatched but certain species, like salt marsh mosquitoes will fly great distances, some as much as 100 miles, to find a new home that offers suitable food and harborage [8].

Scientists have long researched the benefits of mosquitoes and their contributions to the ecosystem. The results have been inconclusive at best. While it is true that various very beneficial insects and animals, like fish, feed on the larvae and adult mosquitoes, there is no real proof that any ecosystem would necessarily suffer if they were removed. There is also no real proof that it wouldn’t. There are many things to consider. Chemicals that may be used to kill them could also kill useful organisms that would indeed upset the ecosystem’s balance as well as potential ramifications if mosquitoes were eradicated completely. Scientists are still studying the possible long term effects of a world without mosquitoes and weighing the costs (as known disease vectors – some deadly – the costs can be great) against the benefits.

Adult female mosquitoes rely on body temperature, body odors, and exhaled carbon dioxide to find the hosts for their blood meals. They have an incredible range, detecting carbon dioxide from up to 75 feet away [9].

You can get many clues about what causes mosquitoes by looking at their life cycle. Any standing water, even if it is very small, like a tablespoon, is a potential nursery where the female mosquito can lay her eggs. This includes children’s toys, buckets, pet water dishes, the crotch of a tree, old tires, and puddles.

Areas with a lot of shade or thick foliage are also very attractive to mosquitoes. Lots of trees, thick bushes, tall grass, and abundant plants are all a perfect harborage for the insects. When you have a combination of standing water and dense foliage, you have prime conditions for an infestation.

The adult female mosquito bites. Male mosquitoes do not. The female requires a blood meal for reproductive purposes. She is equipped with a mouthpart called a proboscis. It is hollow, like a hypodermic needle. She uses the proboscis to pierce the skin of her host, at the same time injecting a little of her own saliva which has an anti-coagulating effect, then probes the area in order to find a capillary that will supply her with the blood she is seeking.

It is the saliva that causes the itchy, red bump, an allergic reaction. It is also how she can transmit diseases to her host, injecting it directly into the bloodstream [10]

It may seem that some people seem like mosquito magnets and there is scientific evidence that this may indeed be the case. Studies show that around 20 percent of people are more attractive to mosquitoes. There are several factors that could be the reason that mosquitoes prefer some people over others. They include:

Some people secrete natural mosquito repellants and scientists are studying this to see if they can replicate it [11]. This would not only bring relief to those who are frequently bitten, it would also decrease the instances of mosquito transmitted diseases.

Omar Akbari, PhD calls mosquitoes the most dangerous animal in the world. He should know. He is an assistant professor of entomology at the Center for Disease Vector Research at the University of California Riverside. His reasoning for this alarming moniker is due to the mosquito’s propensity as a primary vector for several deadly and debilitating diseases in humans including dengue fever, malaria, encephalitis, and yellow fever, among others. According to the World Health Organization, more than half of the world’s population is at risk of contracting a mosquito borne disease [12].

There are several serious diseases that are transmitted by mosquitoes:

Mosquitoes can also cause Dirofilaria immitis, dog heartworm, which can be life threatening for dogs [13].

In horses, mosquitoes can transmit the deadly Equine Infectious Anemia, or “Swamp Fever.” This disease is fatal in most horses, but those that do survive carry the virus for life, meaning that if they are bitten by a mosquito they can transmit the virus to other horses.

The Centers for Disease Control (CDC) has published some very good information on how you can protect yourself againstMosquito Borne Diseases on their website.

How to get Rid of Mosquitoes

Getting rid of mosquitoes can be a little tricky considering they are able to fly and can move from someone else’s yard to yours. However, there are some methods that are quite effective in at least controlling mosquitoes in your yard.

How to Prevent Mosquitoes

The best way to get rid of mosquitoes is to make your yard unappealing to them. Prevention is the key to preventing most insect infestations and mosquitoes are no exception [15, 16].

Sometimes it is necessary to seek professional pest control services or products to treat your mosquito problem. There are pest control companies that offer mosquito services and they are somewhat effective. They key is frequent and regular application of the pest control product in order to maintain the effectiveness. This option also works best if your neighbors are also taking proactive steps to reduce mosquito populations in their own yards and using a mosquito control service as well.

There are DIY mosquito control products that are professional grade and they also work quite well. You will need a back pack sprayer or mosquito sprayer in order to maintain proper control. There are two products that are recommended to DIY pest control of mosquitoes: Bifen IT and Pivot – especially when used together or sold as a mosquito control kit. Many mosquito kits will not only kill and repel mosquitoes, but other common insects like ticks, fleas, and roaches as well.

If you choose the DIY mosquito control option, make sure that you wear the recommended apparel and safety gear and follow all safety guidelines and product instructions to the letter. Then you can enjoy your great outdoors mosquito free.

12. “Mosquitoes: The Most Dangerous Animal on Earth?” Healthline (February 12, 2016),
Retrieved September 22, 2016 from
http://www.healthline.com/health-news/mosquitos-the-most-dangerous-animal-on-earth-
021216

Thank you for subscribing.

we respect your privacy and take protecting it seriously